Welcome to  my personal website, dedicated to my Triumph TR6 Petrol Injection sportscar.  Past and Present

Even with the aerodynamics of a brick it is still my favourite TR. Remember Nowhere’s far in a TR !!

As I have said my name is Dave Lewis.  My interest in the TR6 pi started in 1979 when I bought my first '6. I bought the car in Southampton after seeing it in the Exchange & Mart, it was then registered as PEE 5.

The TR6 had just been re-sprayed and looked quite nice in its new shiny Triumph White paint but six months later the rust bubbles started to appear. As I used the TR6 to go to and from my ship in Southampton and whilst on leave, in Coventry, I decided to run the TR6 for a few more months then carry out a rolling restoration on it. Foolish me. More and more holes appeared, in the end it was obvious that it would turn out as a total restoration project.

I joined the TR Register in June 1979 membership number 5694. The club at that time did not have a Coventry group. Maria and myself went on our first TR Lakes Tour in our "new" Triumph White TR6. It was there we met fellow Coventrians' Dave and Margaret Gleed (TR3a). After a conversation, over a few beers in September '79 with  Dave and Margaret, Maria (my wife) and myself decided to do something about it. In March 1980 Margaret put an article in the Coventry Evening Telegraph and by May the first meeting took place at the Standard Triumph Recreation club. Because of my occupation in the Merchant Navy I could not get too involved with the running of the group etc. but did get to meetings etc. as and when on leave.

in 1990 I gave up the sea and I became more and more involved with the Group and my club the TR Register . It appears 1994 was the year I volunteered for everything:

I was voted in as Coventry Group Leader in March 1994 also in '94  because of my experience in Concours d' Elegance I took over the position of Concours organizer for my club the TR Register.

In July '94 I took over as TR6 Registrar (though this position was only held for 18 months as a caretaker, until someone else was found).

These positions I held until July 2001, when my wife Maria and myself decided to move to Spain to live.

I am now down to owning one TR6.  This one I have converted from RHD to LHD for use in Spain but I have owned  more! I have restored five of them to Concours condition over the years, rebuilding to the original specification, I must confess that I do prefer originality, but each to their own. I was often referred to as a "polisher" because I entered them into Concours competitions.  Maria also entered A TR6 0K into Concours and through a lot of  dedicated hard work in preparation, won a lot of trophies in Concours while I was away at sea. When I gave up the sea in 1990 I had more time to concentrate on TR's and the TR Register.

TR Register was being asked in 1998 to

design  and co-ordinate the

manufacture and erection of the Standard

on Herald Avenue, close to the Social club, on

what was the Standard-Triumph/British Leyland factory

at Canley, Coventry. Which is now a sprawling

95 acre retail and business park owned by the Arlington Group.

Copyright©2003 - Present   All rights reserved. Made by WebDesign. 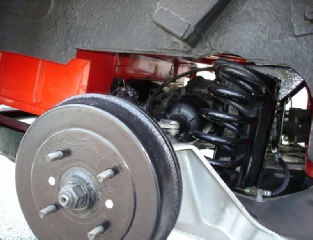 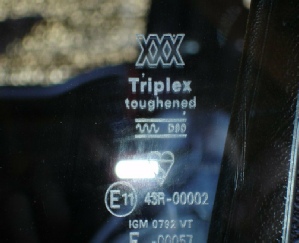 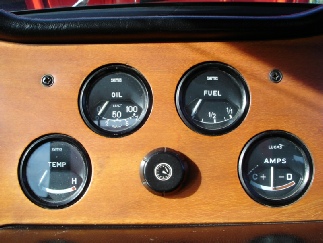